Amidst the turmoil of navigating this latest wave of Covid infections, I write to thank you for your ongoing support. Despite the various and legitimate frustrations experienced by all of us in some or other form, I believe we have been able to get through this period fairly well. Your support in this has been invaluable.

Schooling is a unique commodity. To many commentators and critics schooling should not be referred to as a commodity, but rather as a service. Independent schooling around the world can often sit awkwardly against the backdrop of a public service for the public good, that some argue should be the purvey of education broadly, and it is here that the distinction between schooling and education is perhaps most useful.
If schooling is then a service that one is entitled to acquire, akin to other services that one can purchase, the question that follows is what does one hope to receive in this transaction.

In the light of different schools presenting different offerings, one can quite rightly ask what the gold standard in schooling may be. The purchasing of a material product which has certain specification standards results in a definitive set of objective measurements by which the product is to be evaluated. Schooling is no such product given the human element, both in input and output, which makes up most of the offering – a very different prospect indeed.

What do we then aim at, and hope for, as the product of a great school?

I would venture that schooling is foremost an experience. One spends a good number of years of one’s life at school and these years are formative: friendships are made, arguments are had, laughter is enjoyed, struggles are faced and overcome, personalities are encountered.

Here the privilege of being in a position to choose one’s schooling may afford one a certain expectation of a particular professionalism of a teacher to whom one is entrusting one’s child for a period of their formative years, alongside the reassurance that the teacher, coach, or housemaster is experienced and knowledgeable in their area of expertise and indeed competent at what they do and at what they teach (notwithstanding our fallible state of erring from time to time).

Furthermore, the understanding that the school has produced and continues to produce men (in our case) of upright character through, among other things, exposing them to the realities of life outside of the cocooned bubbles of privileged spaces, and by encouraging an empathetic response to the diverse needs of people.

Given the recognition that to become a contributing citizen of the world one requires an understanding of one’s civic responsibilities, a great school requires of a group of young people to learn to get along with each other and to work together as a team towards a common goal. As a collective of individuals, being a part of something greater than oneself requires a degree of practise over time.
These pointers do not seek to address the difference between a public school and an independent one; great schools exist in both categories. However, in making the case for an independent schooling experience, one must surely believe in, and be clear about, the product one is hoping to arrive at.

On the subject of independence much can be said. I would argue that one of the greatest motivations for this mode is the opportunity an independent school has to craft its own educational direction, in the best interests of its body of pupils. In our case, as a boys’ school, we are able to design programmes that we believe produce the best learnings for adolescent boys at this stage of their lives. Although all independent schools are regulated by governments across the world, the degree of regulation is less than that which public schooling is subjected to, and the opportunity to innovate is generally far greater at an independent school.
Most importantly, schooling is a collective endeavour. Although we are all individuals with individual needs and wants, the construct of schooling relies on an understanding of a collective direction and upon a learning together that is such a powerful part of the human experience.

I write these thoughts on the back of our boys having experienced their Outdoor Leadership Experiences this past week, where they have had to learn to overcome, to work together and to enjoy the camaraderie of one another, often under difficult circumstances. Our grade 11s have spent a week grappling with the notion of leadership and how best to serve their fellow man as they become the matrics of 2022.

It has been a superb week in the life of your son. I hope it is one of their experiences that has reaffirmed the choice you made to entrust your son to us. I need to thank the dedicated staff who have made this week’s activities a world-class experience for all your boys. Few schools across the world can boast a team of dedicated men and women who willingly take young men into the wild as a part of their service. It is easily one of the best things we do as we help your son become a citizen of the world. I believe it reflects an aspect of the gold standard in schooling.

On another note, it is with mixed emotion that I ask you to join me in congratulating Mr AC Blume (Lucas housemaster and chairman of the Housemasters’ Committee) on his appointment to the post of deputy principal at Paul Roos Gymnasium in Stellenbosch, as of January 2022.

Mr Blume has served Hilton in various capacities for the past 11 ½ years, with distinction. AC is the consummate professional; he has served Hilton with pride; he has poured hours and hours into the boys in his care, whether in the classroom, on the sports field or in the house. AC and Kirsty have taken a leap of faith as they embark on this new adventure, and I believe it will be filled with joy, challenge and fulfilment.
Please join me in wishing them much happiness and Godspeed in their new opportunity. 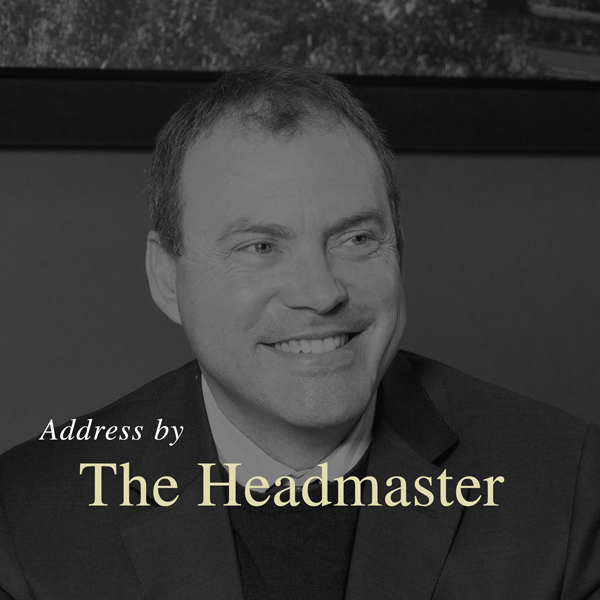