Dear Members of the Hilton Family,

You will know that Mr George Harris is now in his fourth year as Headmaster of Hilton College, having begun his tenure in January 2017. I have written previously about the Headmaster’s excellent performance in his role. He continues to inspire staff and boys alike and is held in high esteem as an educationalist in South Africa. He has succeeded in taking Hilton from strength to strength.

With this background in mind, I am delighted to announce that the Board has agreed with the Headmaster to extend his original six year term by a further period of six years, giving him a total tenure of twelve years, until 2028. The Board believes that this extension gives Hilton the stability which allows the School to continue its upward trajectory, and the Board feels full confidence with Mr Harris at the helm. I am sure that all Hiltonians join me in wishing him continued success in his role.

On a different topic, Hiltonians will know that planning for the 150 year anniversary celebrations is well underway. To this end, the Board is pleased to announce the appointment of Mr Paul Rayner as Chairman of the Organising Committee. The Rayner family are third generation Hiltonians and Paul will be well known to a number of you. The Board is confident that Mr Rayner will guide the Organising Committee with wisdom and foresight and we look forward to a fitting celebration of Hilton’s 150 year landmark in 2022. 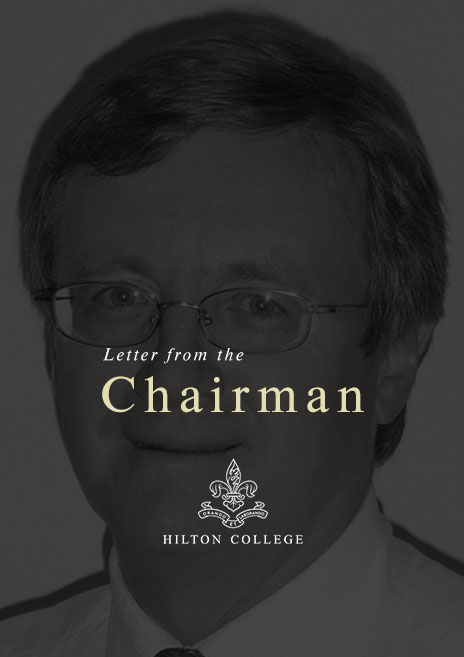